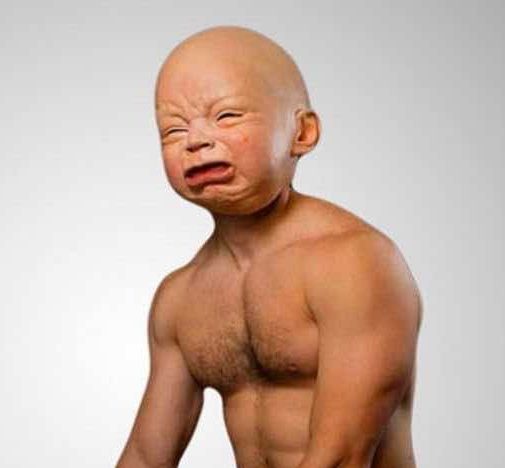 Boys Don’t Grow Up to be Men

Nowadays Boys grow up to be Big Ass Kids. It seems nobody grows up anymore, all men want to do is stay home and play with themselves. The men I deal with on a day to day basis want to live in a fantasy world. A fantasy world where everything is handed to them and whatever idea is thought of, it magically comes true. What the fuck, it’s called living with your parents. You’re not babies, kids, teenagers, you’re grown-ass men with hair on your balls.

You don’t do shit in life, your mind gets complacent. Everything we do is on our smart devices. You order food, buy clothes, and I’m pretty sure you can now order sex on your phone. Since everything is now at our disposal, men don’t have to do shit anymore. You don’t even have to engage a woman.  All you have to do now is swipe through an app in hopes you get picked to have some type of human interaction with a woman. You don’t have the same responsibilities in life because you use your phone as a crutch to do everything. If it’s not on Amazon then you’re screwed.

The other day at one of my events, I had an attendee that needed to call his girlfriend almost every 30 minutes. He would bitch about how annoying she was because she kept FaceTiming him all the fucking time. It’s like she didn’t trust him and he always had to show her that he was at the event. Well first of all, if your woman has to keep you in check like that, then I know your dumb ass did something wrong in the past. You either cheated or lied to her many times. Honestly, if you have to live like that, it’s better to just end the relationship. I can understand if it’s the first piece of ass you’ve ever received but to me, this is showing that you’re a whooped, little bitch. This guy would not even pay attention to me because he was so worried about his girlfriend.

You have 2 Ears, Use them

Everyone wants to be wealthy but nobody wants to listen on how to become it. I can have Bill Gates in front of you telling you how to be rich but you still don’t listen. You rather be smoking weed, and trying to find bitches. The other day someone questioned me on why I was speaking at an engagement. I told that motherfucker because I earned the right to be here, and your dumb ass paid to see me. Now shut the fuck up and listen because I know you ain’t shit, you will never do shit, and never going to be shit with that fucking attitude.

A famous quote by the man himself Dan Pena. This is true, people come to me for 2 things, Inspiration or Desperation. When you come to me for inspiration you appreciate the words that come out of my mouth and respect the result. Others come to me for Desperation and all I’m doing is breaking your heart because now you see that I’m not sugar-coating anything. The truth hurts because society has lied to you and you don’t know how to accept it. It happens all the fucking time at my events. These idiots have been poisoned by social media. They received all their information for FREE, and there’s no such thing as Free. Once they pay me to get the REAL information, they either accept the fact they were wrong and received wrong information, or cry that they were lied to and still don’t believe anyone.

Stop Being a Follower

Stop questioning shit, it’s because you were influenced by others and you get butt hurt because I tell you the truth. I see it all the time, “But what about this guy on YouTube.” You might as well put on a training bra and act like a little teenage girl and follow them like a boy band. You have an influx of influencers and you listen to all of them. Did you read the word I just said? “INFLUENCERS.” You’re influenced by these people and you fall in love with them so easily. So when I tell you the information they gave you was wrong, you feel like I just killed your hero. You’re a bitch ass follower and need to come back to reality.

An Influencer is a SALESMAN,

Why don’t you ever question a doctor or a lawyer? Every time you watch an influencer they’re selling you, especially when you hear, “Click on the link below so you can purchase my product.” You just got conned. You might as well go to the County Fair and listen to all those PitchMen and buy everything they sell. But your Kid mentality doesn’t let you see this. You pay to see me, yet you question everything I say because your YouTube influencer gave you FREE wrong information. It’s ok, because you know I gave you real, truthful information, with experience and did everything I can to teach you. You have me in front of you and I’m not a screen on your phone.

I’ve given you proven results, yet you don’t accept it. Sometimes I just want to punch you in the face because all you do is show me disrespect. That’s fine with me, you don’t have to believe me either.  I’ll just wave goodbye to you as I drive away in my Bentley, that you paid for. Grow up. 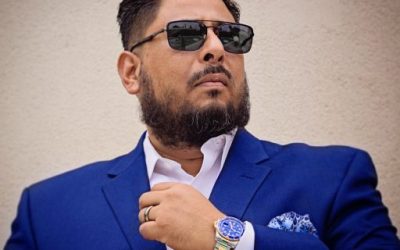 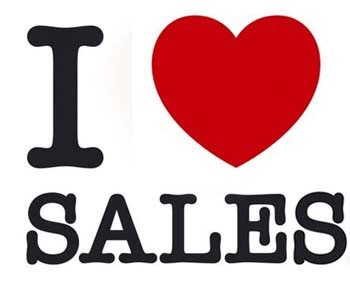