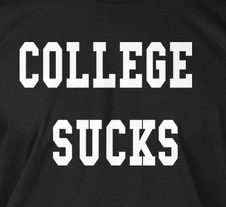 You’ll Just be a Loser the Rest of your Life.

In the last couple of years, I’ve seen a lot of people saying, “I don’t need a college degree,” or “Now a days you don’t need a college degree to get a good job.”  You might be correct but what does that say about you?  Are you just a follower and listen to all these medias saying, “College is just a Waste of Time.”  Our minds always want to make us feel comfortable especially when we don’t have to do something.  “What you’re telling me is, I don’t have to go to college to be successful?

How do you Define Success?

With social media, YouTube and other mind sucking avenues, people just want to see and read what they want.  We get sucked into Click Bait and we only read titles.  Are we getting lazy now that we don’t even want to read?  All we want to do is watch a YouTube video and listen to influencers tell us how to become successful.  People are lazier now, and they want the successes of a Prince of Dubai.   Everyone wants a Lamborghini but don’t even have money to buy a 1989 Toyota Corolla.  “But I don’t need college.”  Ok, just keep thinking that.

“But Elon Musk said you Don’t Need a College Degree.”

He might have said that, but he’s not hiring you to be an executive at Tesla.  Elon has factories, he wants you do be a factory worker for $12.00 an hour.  Of course you don’t need a college degree to be a factory worker.  He’s saying this because, Elon wants to fill his factories with low paying workers.  “But I work at Tesla.” Of course you do, are you an executive or a designer?  Think about it; have you ever seen an executive or any one in the Department of Justice without a college degree?  All you see is a Self Made Millionaire with the Headlines,” Fuck your College Degree.”  All you see is, “Yeah, no More College.”

But look at how much harder they had to work.  You don’t see their pain, blood, sweat, and tears.  Anytime an employer sees that you don’t have a college degree, they see you as a lower paid employee.  All your skills are from watching YouTube Videos.  You have no leverage to demand a higher pay bracket, because you’re only going off the 1 year of experience you had flipping burgers at ‘The Burger Shack.”  Even people with college degrees are getting undercut by high school drop outs.  It’s not because they have better skill than you, it’s because the employer can pay them less.

Have Self Accomplishment in Life.

Even though someone tells you, you don’t need a degree, this doesn’t mean they’re going to hire you.   You want to be Vice President, what are your credentials?  Until this day any corporations out there always have educated staff members running million dollar businesses. I wouldn’t want a dumb ass high school or college drop off running my multi-million dollar business.  Dealing with a lot of entrepreneurs of course some of them go on and become millionaires most of them don’t have college degrees.  But they have to work harder because they have families to feed.  It’s their last resort so they come to me a College Degree Graduate to show them the path.

I was a High School Drop out, I dropped out in the middle of my senior year.  Having a summer job I started making money and it was amazing.  When you’re a kid like me at the time, any amount of money is a lot of money.  Of course it was a lot of money because I didn’t have rent, food, car payments, utilities I had to pay.  At the age of 17, of course I was still living with my parents.  As I kept working, I noticed how employers treated me because they knew I was the High School Drop out minimum wage idiot.  At that moment, I woke up really quick.  Shortly after experiencing being disrespected, I actually quit my job and went back to high school and completed my High School Diploma.  Not a GED, a Good Enough Diploma.

Self respect for myself is what I had and didn’t want to make $4.25 an hour.  I enlisted in the Marine Corps because I was a High School graduate.  The Army was never a choice because the Army enlists High School Drop outs.  It’s not fair having someone in charge of me being a High School Drop Out.  Since I took the initiative to graduate high school I wanted someone at my level.  In my Marine Corps career I was a recruiter and learned this and that was a selling point to people thinking of joining the Army.

You needed a score a higher ASVAB in the Marine Corps.

Army you needed a 32, Marine Corps you need a 50, which we called a Grad Alfa. Also, No disrespect to the ARMY.  I chose the hardest and the best military, Marines. My opinion of course.  Ain’t Ready for Marines Yet.

I wanted to become an Officer in the Marine Corps

I always wanted self accomplishments in life.  Being promoted wasn’t enough, I wanted to become an Officer.  In order to become and officer you need to pass certain requirements, but most importantly you needed a college degree.  Well I wanted it bad, so while in the Marine Corps, I went to night school and got my Associates Degree and then transferred to a 4 year Campus and obtained my Bachelors.  Even though the Marine Corps had programs where they can assist you in becoming a commissioned officer, I took the initiative to complete my college to separate my self from all other candidates.

You’re Nothing but a Bitch Ass Follower

If you want to continue to be a follower, go ahead.  Just make sure you up sell me when you tell me, if I want fries with my drink.  Please don’t be stupid.  Even though these high executives are telling you, you don’t need a college degree, don’t go to college for them go to college for you.  Your resume has to exceed the motherfucker sitting next to you at a job interview.  Employers may not require a degree, but employers also see the “Initiative” you took to improve and educate yourself.  This will give you leverage over these dumb ass followers, and their mentally was to listen to Elon Musk.

Stop Thinking with your Dicks

Just because you’re at the top doesn’t mean you can pick any hootchie you want.  Some of you guys want to stick your dick in anything and make that hoe into a house wife.  All you’re looking at is the size of her tits and the roundness of her ass.  Well the same way she lets you fuck her because she saw your Resume, “Military, College Degree, $180k a year, Houses, Cars, Rolex’s.  Yeah, guess what, we have to look at her resume also.  Waitress, 2 Kids, Boyfriend in Jail, Community College in Bartending, Alcoholic, and makes 25K a year.  That’s not the woman for you.

Choose a woman with qualities.  My wife is a Honor College Graduate, Published Author in the New York Times.  It gets better, she’s never been married before.  She focused on her education and skills before thinking of dick.  Importantly, she doesn’t have any kids, no Tattoos, and a holds a corporate position in her company.  Did I mention she’s Physically Fit and Tall.  Don’t get me wrong, I’ve thought with my Dick before, but because those women were easy to get, why do you think you get them all the time.

You Think you’re a Player,

No it’s just you go after easy sluts because you don’t have a college degree.  I had to work hard to get my wife to marry me.  She even wanted to know if I had a College Degree, because she wanted someone to compliment her and not have a loser husband.

In the End I Really Don’t Give a Fuck

If you don’t want to better yourself by getting some type of formal education then I’ll pay you what you’re worth.  Just don’t get mad when the position for Executive Director that makes $95k a year, is going to your colleague that has a Master’s Degree in Business.  Remember get a college degree for you, not for them.  You might get lucky and become a millionaire by tripping on your own dick. You’ll be the dumb ass millionaire that you will blow your money on cocaine and hookers.   Or maybe you’ll be a smart millionaire that took his finances and made that money work for you because your college degree made you responsible.

We’ll know you won’t become millionaire because you have a wish mentality.  “I wish I would have went to college, but I’ll make fry manager in 1 year if I’m good.”  I’m not going to college because Elon Musk and Jeff Bezos told me not too.  Now a college degree in some cases might not make your more money because your degree is in Arts.  Now you have a Master’s Degree in Finger Painting.  “But I have a Master’s”  You need to get a degree in Applied Science.  Why is it that we never question a Lawyer, because he studies and Practices Law.

Would you trust an Attorney with no Degree?  Do you trust a Medical Doctor with no Phd?

“But if I go to College I will have debt?”  Of course you dumb ass, when you purchase a vehicle, isn’t that called debt?  Debt is good, this means someone trusted you with money in hopes that you’ll pay it back.  Most importantly this will teach you valuable responsibility to work that much harder and pay your debt back. “You don’t need a College degree to get a good Job.” Sorry I don’t want a Job, I want a Career.

“College is a Waste of Time.”

You might be right, but I love what I accomplished in life because of that piece of paper hanging on my wall called a College Degree and married to my College educated hot ass wife.  Good Luck at your “Job” interview. 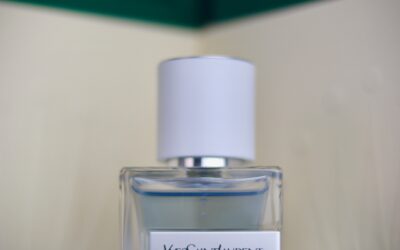 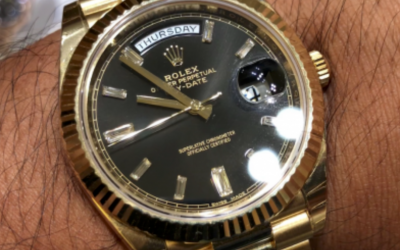 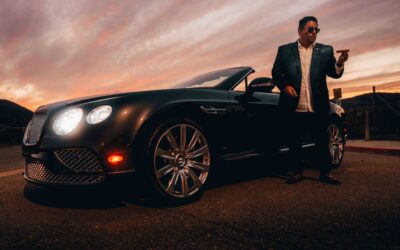